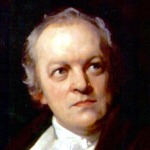 William Black abhorred anything that fettered spiritual energy. Much of his invective was directed against organized religion, with its “Priests in black gowns… binding with briars my joys” I could see how this could have caused some controversies. But maybe it was not widely published, as I understand that his work was not generally read in his life time- only by a small group of admirers. I think there is an advantage to that, having a small group of readers. It seems you have more freedom that way. I am a firm believer of a small community, of a smaller sect, and a small group of kindreds.

I had a beautiful time at the mass early this morning being blessed by my priest in a green gown. It followed by some breakfast, and then hours later I’ve fallen asleep while I was reading in bed. It was the best way to spend my sunday. I am getting used to the slow rhythm of my small life, and really appreciating the peace that comes with it, but at times, I mistakingly focus on the lacking elements; e.g excitements, adventures, adrenaline rush, and so on. I do not want to go back to my old life style at all. It was too consuming, and taxing for my soul. Catherine of Siena advised on the importance of self-knowledge in the spiritual quest. She wrote in her letter to a friend to create within herself a spiritual abode, a “cell of true self-knowledge” that she can carry with her at all times. It’s a space founded on humility. It requires a great humility to accept one’s limit as to how far his will power can reach. I know my limits now. It turns out that I have many.

But I am forever grateful for my strong will power. Though I have suffered so much, I am glad that I have pushed my limits. If I hadn’t done that, I wouldn’t have come to an acceptance at all. I would still be denying my mental illness, living and ending my life in a compete denial, and never would have progressed to the peaceful stage of acceptance where only the sweet surrendering to God was waiting. While denying, I journeyed through anger, bargaining, and depression. And not just once, but over and over again like a primed rat for a spinning wheel. I was exhausting myself.

However, on the inside, something beautiful was happening. I was waking up, and my perception was being purified. “If the doors of perception were cleansed everything would appear to man as it is, infinite. For man has closed himself up till he sees all things through narrow chinks of his cavern.” Blake has noted way back. He was prophesying my change of perception.

And today, I see “A world in a grain of sand, and a Heaven in a wild flower, hold Infinity in the palm of my hand, and Eternity in an hour(adaptation from Blake’s best-known quatrain).”

I am lacking nothing.

I am already living the Eternity, and I am placed within the scope of infinity. That is the ethos that dictates my soul. My bipolar war has come to a ceasefire, and a third haven has been promised. It was suggested by Christ Jesus. Some 2000 years ago.

So I am lacking nothing. I have everything.

When I was into Buddhism, the word Cessation was a lingering presence in my brain all day long during my depressive episodes. Somehow suicide sounded like a very amiable “practice”, a very active form of practicing Cessation. Cessation of suffering was indeed attainable. But not through nirvana. In my case, it was attained through someone else’s blood. Someone else’s extreme pain. Someone else’s death. And that someone was my savior, Jesus.

I now abhor anything that fetter my soul. I have learned through my suffering, that anything that fetters my soul, destroys my mind. More than anyone, or anything, or any teaching, I, myself, was the one that fettered me the most. I was my own dictator, and my own critic. I  was my own worst enemy, at equal strength. I was so strong that I alone was enough to destroy myself. I really cannot blame anyone on this matter.

I am quite at leisure now. If my old self saw me today, I know what she will be saying. “Get your butt up and bike 60 miles! You are a loser if you don’t!”

‘You know what, my old self? I’ve done that so many times, as a matter of fact, I have rode 100 miles, and I didn’t win anything. Now that I think about it, I actually broke my teeth from a bike wrack, I got hit by a car, and I crashed into my friend on one of the rides, and almost lost our friendship. I was far from a winner.’

But she cannot hear me. She’s gone. She has attained Cessation. She is annihilated by the holy power of my God, my lord, my Jesus.

But here’s what Jesus offered me, this limited poor soul with full of weaknesses(most of them mental).

I think the best analogy would be the retired life of William Wordsworth.

In 1799, Wordsworth moved north with his beloved sister Dorothy to the Lake District, where he would reside for the rest of his life. He married there, and sired 5 children(two of them died young, but let’s just focus on the brighter side just because- we can.), and lived a contented domestic life.

The book(Love Burning in the Soul, James Harpur) says that by 1807 he was no longer the adventurous soul and daring original poet of a few years before.

So what do I have in common with William Wordsworth’s retirement!?!! The connections are:

I moved north to live with my BELOVED sister!

I have no children of my own, but I am happily settled into a contented domestic life with my sister’s three little children!

I am no longer the adventurous soul and daring original..(so wish I could type ‘poet’ here but,).. bipolar of a few years before!

After my restful nap, I read some more, prayed, enjoyed silence, while the whole family was gone to the church in the city. Then I time travelled back to the times of Wordsworth in the Lake District, and fancied myself with the beautiful pictures of his home there. I finished my lazy afternoon in my happily fanciful state, and as I recall, none of my past psychologists, or medications were able to provide this much joy and happiness.

I felt quite triumphant. 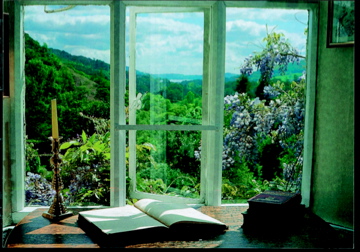