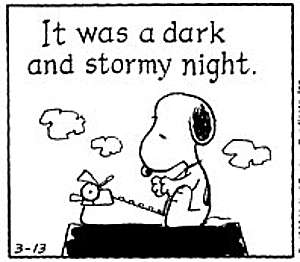 The clouds rolled in and it suddenly turned dark. Wind was going 60mps, tornado and flood warning were on, and my new photographer friend called me worried. The creek near my gallery was sure to be flooded, and he was worried that I won’t be able to make my way home. But I wasn’t even at the gallery. I couldn’t go because I had no ride to go to my gallery.

‘Focus or Fiesta?’ My thoughts were on those two different worlds for the last few days. I found a cheap 2001 Ford Focus that I liked and went into the dealership for a test drive. It passed my very quick, non judgmental test and I was happy about it. I was especially happy about the price. But thinking that I probably shouldn’t make that decision alone, I brought my dad along with me to finish my shopping later that evening. Focus didn’t pass through my dad’s judgement. The engine had no power according to him, and of course it didn’t. It was a 2001 model, and I wasn’t buying a ferrari.

I couldn’t get him to agree to my choice. Instead, we were looking at some new cars before I even knew. The advantages are many. New car will last long. I am approved to receive 0% APR financing. But that would mean almost $300/mo payment which I am not willing to take on. I am as burdened as I can be with my new business starting up. Dad said he will help, but at my age, that is just not a very cool idea. However, I really liked the Ford Fiesta in bright red color. Something about it fully activated my human nature. I realized that deep down, I really wanted a new car, even though I could not afford it.

So we came home empty handed. My car-shopping was very unsuccessful. We thought we’d try again in a couple of days after I gave it more thought. But two days later, we had tornado warnings again and it was not the kind of day you want to test drive the cars at the dealership.

I struggled through another day without a car, and around 4 in the afternoon, it started to pour really hard. I was as agitated as I could ever be. I was feeling like I was in a rut- a new expression I learned recently at work. “I think I am in my mating season!” I yelled, and my manager, and Dee started laughing out loud. “How much more do I love you!!?” Dee said. “I have crush on almost 50 percent of the men that come in!” I said, and my manager corrected me saying that she thinks it’s more like 75 percent. We laughed for a bit more, and then Dee told me that I could also say that ‘I am in a rut” because that would be more ambiguous. The rut means a mating season for animals, but it could also mean a boring, fixed routine. So I am in a rut, and I imply more than one meaning.

It was a dark, stormy night. I should have been writing to calm down my mind but I wasn’t. Instead, I went out to buy the big wooden alphabet “C” at Michael’s. I have been on this project of making the sign for my business. I am buying all the alphabets that my business name consists of (13 alphabets in all), to spray paint them in red. Then I hang the alphabets in order right under the roof of the front porch so people can see it from the street as they drive by. When the wind blows, my alphabets dance to the rhythm of the air, and my sign is never still, always moving to the beat of the wind. I liked that idea.

I am on the alphabet #7, a “C”. On my short walk to Michael’s, I am thinking, where I would be by the time I am done with the 13th alphabet “T”. After the signs are hung, would my business take off? Would I be clear of my episodes, panic, anxiety attacks, and daily worries and just focus and do my job and continue on my life just like the normal people do? Would I have my car? Focus or Fiesta? I am in a rut, seemingly stuck in a limbo. It feels like I am spinning the same wheel without going anywhere. Those were my dark thoughts on that dark, stormy night.

Another day went by without any solution, and, it would be the day I hit my limit. I got a call from my dad asking me to pick him up at the body shop. He had just dropped off his car to be fixed. He would need to wait for 2 hours. When he called I was at the Adoration of the Blessed Sacrament. I was kneeling in front of the alter, crying in confusion. It wasn’t about the car. It was about everything. It was mostly about my new business. I was as confused as I have ever been. Back to this again? I kept repeating in my mind. I was determined to cry out to God until I had my answer. But after a short, wild cry, I had to get up against my will to pick up my dad at the shop. I had to go to him right away because he insisted that he would walk home. “Wrong idea,” I said, “Dad, I am coming. Right. Now.”

‘Would you look at my life?!’ Half angry at no one in particular, and half frustrated at my life with so many earthly attachments and obligations, I cried out to God as I was driving out of the church parking lot. Facing the vast, turbulent ocean, sailing alone in this abandoned ship, moving in circles caught in the vortex of crazy waves- that’s how I have felt at that moment. The whole week has been building up to this point of break down. Another episode approaching? Possible. Another crisis of faith? Obviously.

When I got to the body shop, dad was not there. He had walked over to the storage where we stored all my parents’ stuff on the day they moved from Tennessee. It was only a little more than 2 months ago. Dad was looking for some pairs of pants to wear to work, his new job. That’s when God showed me how far I have come. How far we all have come. Two months ago, my jobless, confused parents moved from Tennessee to Maryland. Today, they both have jobs, and they have bought a condo. It’s been tough 2 months with no certain direction, only a whole lot of waiting, but slowly, things were unfolding as God had intended. That’s what He showed me that afternoon at the storage.

God healed my unbelief and made me believe again. I believe that I will have advanced a long ways from where I am today by the time I get my last alphabet ‘T’. I am only 6 alphabets away to completion. Though the process is too slow for my liking-sometimes painfully so-, there is a reason for every delay, every pause, and every adversity.

So Focus or Fiesta?

In a rut? And what kind of rut?

In time, we will have our answers.

For now, it is just a dark and stormy night.

In time, the clear morning will come.